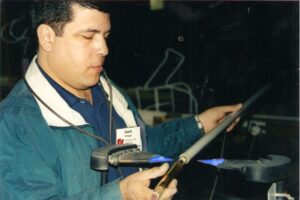 Many years ago when i was about 19 years old and started to work i realized after about 6 months of working in an auto parts store that it wasn’t the work that i had a problem with it was sticking to a daily schedule, the 9 to 5 thing, it was driving me crazy, i just could not see myself living like a robot and doing the same things every day, so that’s when my first goal was born, get a job or be independent and not have a fixed schedule that made me feel like a robot. 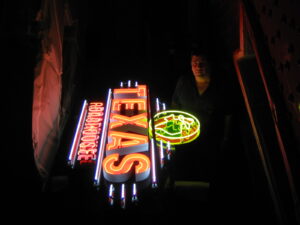 To get my freedom took me 8 years of having to work in that auto store, and finally i got my wish of being independent and i made it happen by opening my own auto store, it was a small one but i was on my way of being free, i wasn’t completely free because i still had to open at the same time and close at the same time every day but my plans were to have the store pick up momentum and have somebody else work it and then i would just check on them once a week to see how things were going but i would be free at last. Well it didn’t go quite  that way, before i reached the point of having a steady clientele the economy started to take a dip and then it took a plunge and then my small business could not stay afloat and i had to close, but they say that when one door closes another one opens so that is what happened exactly, this time my goal was to learn a craft that i could take with me no manner where i was and make money with it, well it came as glass bending for neon signs, it did take me some time to learn and while i learned i had to stick to a schedule but then the sign business i was in which was my father in laws business had to close because of the economy going even worse, but i wasn’t ready to go on my own again so i had to look for work again and be a prisoner of the 9 to 5 thing, this time it was 7 years of robotic life doing neon in a sign company, 12 hours a day from Monday to Friday and 8 hours on Saturday, i remember thinking that instead of being free i had dived into robot life even further, but then one day i decided that it was enough, so i started to buy my neon manufacturing equipment in order to become independent, it only took me a few months and i was ready to manufacture neon, i was going to quit in a few days when somebody told me that they were laying off people, i checked and it was true people were disapearing, and just a few months before we had a meeting in which they asured us that we were a family and that things were strong and business was great and not to worry, a few days later i was laid off, suddenly in a blink of an eye i was free, i remember thinking this must be what prisoners feel when they are released from prison, it was a great feeling, i thought that i should feel sad because i didn’t have a job but i felt joy instead because now i was on my own and ready to make neon and sell it. That was November of 2006, it’s been 13 years of freedom, i have to confess that after a few days and by the insistence of my wife that did not believe in entrepreneurship i got cold feet and decided to go safe and look for a new prison, i mean look for work, so for the following month i looked for work, and realized that the economic situation was far worse, all the sign companies were laying off people not hiring at all, so i went and looked at other places, i remember that there was a new supermarket opening so i applied, i did not have any experience in the food industry but what the heck i had to try, 10,000 applications was the count according to the speaker in a crowded room off probably 100 people, and out of the 10000 they would only hire 60

i was not one of them, after a month of failures i decided to go ahead and sell neon, my wife was not very happy but i had to do it, so i went to all the small sign businesses that i knew either sold neon but did not have the setup to do it or repaired neon in signs, for the next two weeks i visited sign companies leaving my business card and hoping for a call, after two weeks i got my first call, they wanted neon for a set of channel letters, at that time LEDs were not very good and not all sign companies trusted them, so my first job came and i finished it in two days, i remember collecting about $700.00 dollars, that was a very good profit, then another call and another, after 3 months i had more work than i could handle but i was happy, i finally had reached my freedom, because i made sure not to stick to a fixed schedule, some days i would start my day at 7 am some other days i started at 8, 9 or 10 am and some days i worked for 14 hours, but it did not feel like work it felt like freedom, i always worked more than i worked when in my job, but it did not feel like work. Many things have happened since then but i am still free and still doing neon and still have more work than i can handle, and i’ve learned a lot since then, not much about neon but about money and selling. I think i will be bending glass for the rest of my life or as long as my body lets me because i am getting old and tired.
The one thing i can say now is that having your own business whatever it is, is having control of your life, and if you control your life you have achieved freedom. Your creativity will awake and you will be using it to benefit your business once you are on your own, why give someone else the benefit of your creativity when you can get all the benefits of it, and not only that but your creativity to make more money and even be freer will increase as you exercise your creative mind. 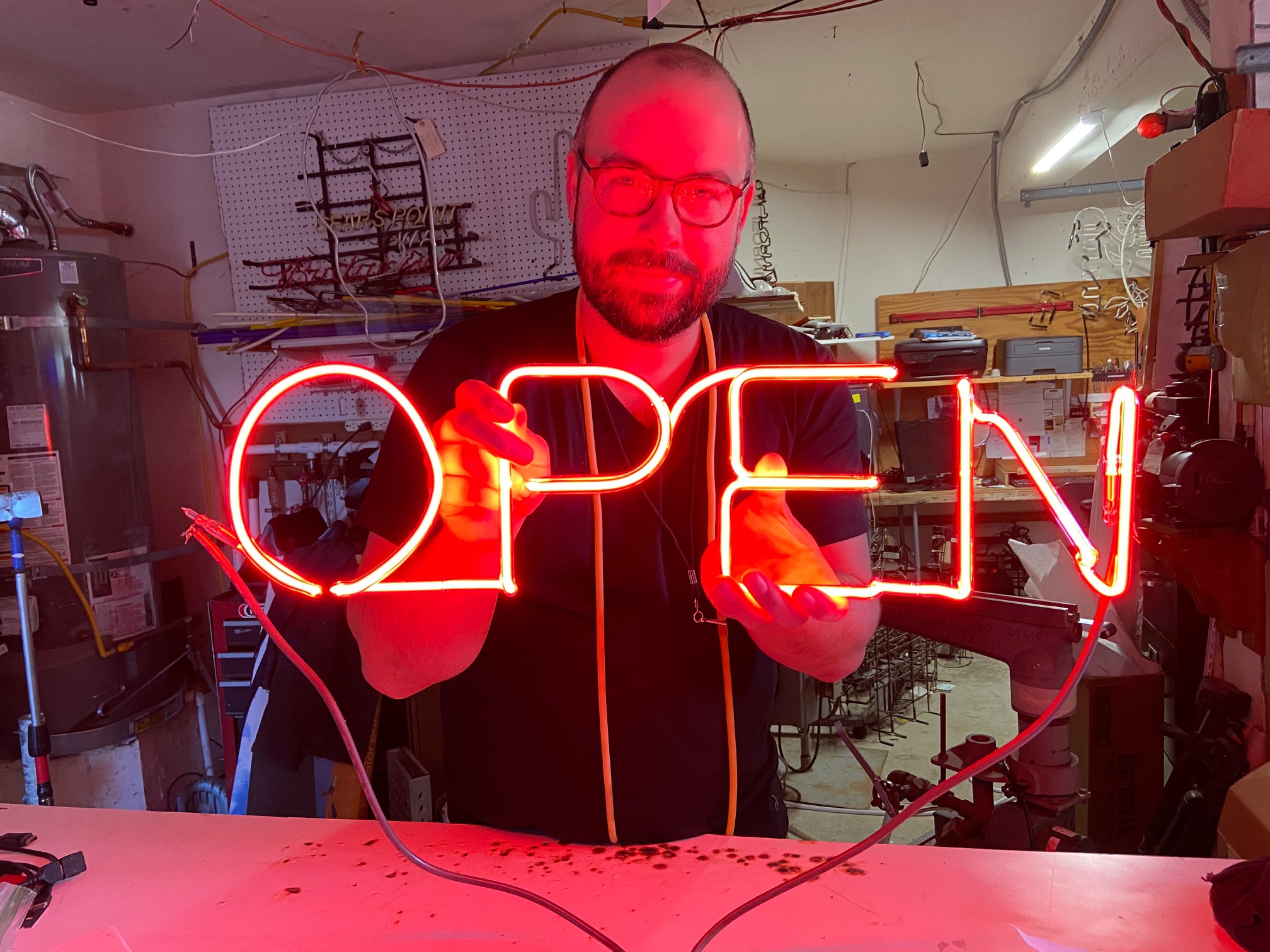